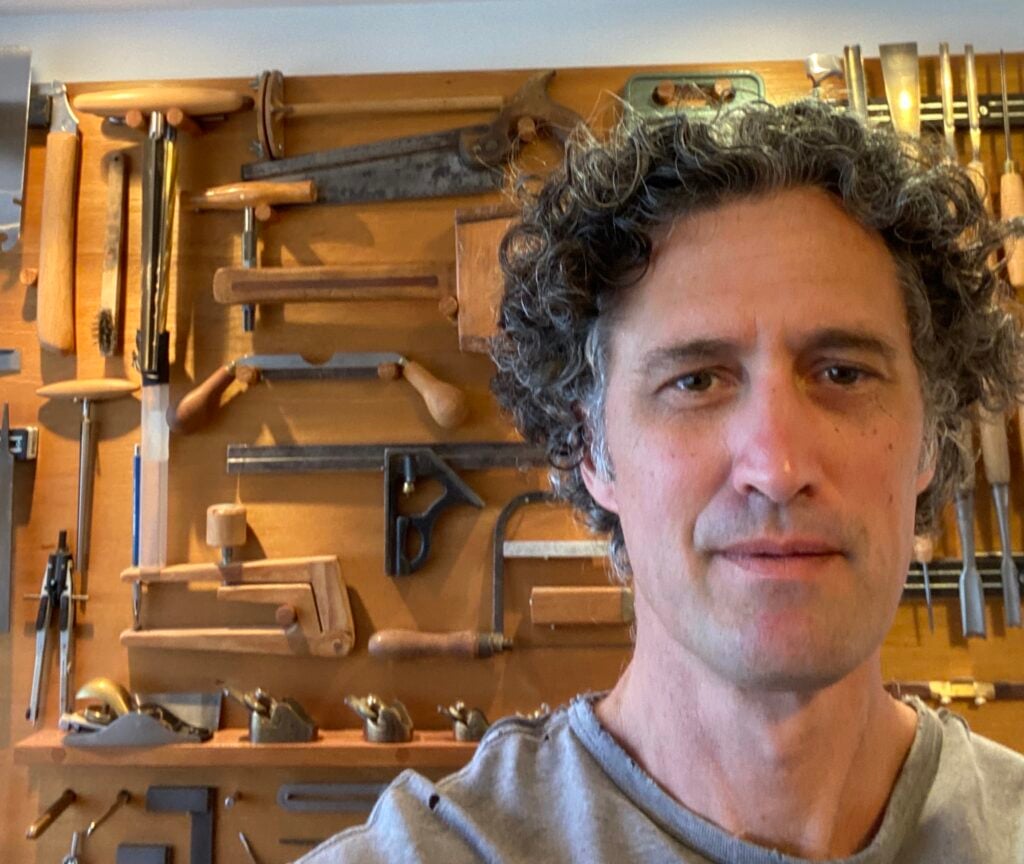 Adam Edwards was born and raised in Launceston, Tasmania. He trained as a navy clearance diver, and six years later as an architectural draftsman. While living in Sydney, he began to make furniture and learnt antique restoration. In 1995 he began violin making, initially with considerable input and assistance from John Godschall Johnson.

After moving to Hobart in 1998, Adam met Douglas Finlay (Newark trained) who has mentored him for many years. Adam has studied Finlay’s approach to violin making which involves the adjustment of the frequencies of the violin, combined with a varnishing process that enhances these qualities.

Adam also builds Norwegian Hardanger fiddles, which have 5 sympathetic strings running underneath the fingerboard that resonate when the top strings are played.

Adam was awarded a Churchill fellowship in 2013 to study the traditional making of Norwegian Hardanger fiddles. Since returning he has developed the idea to build a fiddle with sympathetic strings that a classical musician could use to pursue their interest in playing Scandinavian folk music, in essence, providing a bridge between two worlds.

Adam is also heavily influenced by the Japanese culture and approach to fine craftsmanship, which includes building Japanese-style Tiny Houses and the end blown flute called the Shakuhachi.