In the end of 2019 , AUSTA NSW was busy with several events , including:
masterclasses with Ole Bohn and Julian Smiles – both held at the Sydney Conservatorium
Repertoire reading day and workshop with John Ockwell – held at the Sydney Sring Centre
A collaborative event with ABODA NSW on building string programs in schools , presented by Anne Sweeney
Our committee currently remains the same and we will be having our AUSTA NSW  AGM meeting on the 23rd of February , which will include a guest speaker , Dr Kasniathan , who is a renowned Psychiatrist. He will be delivering a talk on teacher well being and good practises for mental health when teaching.
2020 is looking exciting with a number of events being booked in , including masterclasses and workshops with Janet Davies , Fintan Murphy and Goetz Richter at the Sydney Conservatorium , Our String Festival in June and the Barry Green masterclasses and workshops in May.

We have a busy few months ahead, with our annual String Festival in June and a pedagogy talk by Goetz Richter in May.

Some highlights of the year which are already planned are masterclasses with Robin Wilson and Julian Smiles, and a viola day with Roger Benedict.

Caron Chan is going to give an AMEB workshop in July and we are hoping to have the concertmaster of the SSO, Andrew Haveron give a masterclass as well.

This year, we are sponsoring the St George Eisteddfod with a $1000 prize for their Concerto Competition.

Our Reading Day will be in October and a special ensemble workshop.

Hopefully by the end of the year, AUSTA NSW will have a much bigger profile and we will start to grow the string community into a dynamic and diverse tour de force!

There are currently no events on display.

Wednesday August 12th , 7:30pm Registrations essential , zoom link will be sent on the day of the workshop. Body mapping for string players

Wednesday August 12th , 7:30pm
Registrations essential , zoom link will be sent on the day of the workshop.

Body mapping for string players and Q&A with Janet Davies
Faulty ‘body maps’ and other misconceptions about the way the body works can create unnecessary tension and hinder good tone production for string players. This webinar will look at how accurate anatomical information can create clarity in tackling such problems. Have your instruments handy to try out concepts and procedures! The second part of the workshop will be a Q&A about anything to do with string teaching – no topic is taboo! Please email your questions ahead of time to austansw@gmail.com

Janet is one of Australia’s most experienced violin teachers, working with students of all ages and levels. She is also a fully qualified teacher of the Alexander Technique. See full biography below:

Janet Davies studied violin, piano and harpsichord at Sydney Conservatorium, where her violin teachers were Robert Pikler and Dorel Tincu. As a professional violinist she was a core member of the Australian Chamber Orchestra.

Janet has lectured extensively in violin at various universities including Melbourne, Monash and Griffith. In private practice, she teaches violin students of all ages and works with professional players on concert and audition preparation, technique modification and injury rehabilitation. Her technical method is based on the Russian (Yankelevich) and American (Galamian) schools.

In 1985 Janet completed a three-year teacher training in Alexander Technique (AT), a well-established method for developing optimal coordination, freedom of movement, and kinaesthetic sensitivity. She has since specialised in the application of AT to musical performance, working with prominent players of all instrument groups. Janet embeds AT principles into every aspect of her violin teaching, ensuring that both long and short-term goals are achieved in a healthful manner. She is also particularly interested in how the application of AT facilitates the expression and communication of emotion, gesture, and psychological states during performance.

In 2009, as a consultant to Sydney University’s Sound Practice Posture Trial, Janet designed a series of AT classes for players in Australia’s major orchestras, and in 2014 this curriculum was used for a study with Conservatorium tertiary students, published in the International Journal of Music Education.

Tickets must be purchased prior to the event here: https://www.trybooking.com/BKUMX

The Austa NSW String Festival is an event designed to give young players the opportunity to perform in friendly, non-competitive and supportive environment. Participants are invited to play one piece

The Austa NSW String Festival is an event designed to give young players the opportunity to perform in friendly, non-competitive and supportive environment. Participants are invited to play one piece either solo or with an accompanist to the best of their ability. Participants will play one by one in a small group with other players of a similar age and ability.

Unlike an eisteddfod there are no section winners and no first or second places. All participants will leave with a Certificate of Participation, a trophy and an adjudicators report. Each session is expected to take around 45 minutes.
The String Festival is open to any student of an AUSTA member. To become a member please visit www.austa.asn.au

Two exciting workshops will be presented: "Stringersize" Green has created a new innovative approach to technical exercise for strings based on simple exercises of scales, string crossings, articulations, shifting, vibrato, and more

Two exciting workshops will be presented:

“Stringersize”
Green has created a new innovative approach to technical exercise for strings based on simple exercises of scales, string crossings, articulations, shifting, vibrato, and more to popular music beats and videos. These sessions are ideal for music educators and string students and teachers of all levels.

Bringing Music to Life is an innovative imaginative methodology to bring spirit and life to music. The workshop parallels the Inner Game of music in that it teaches three master skills: Breath, Pulse and Movement that allow the performer to channel inspiration and life in music, through the body of the performer. The workshop
includes live musical coaching demonstrations with groups and individuals. YouTube clips illuminate how famous jazz, hip-hop, Latin, classical and chamber music artist including Joshua Bell, Tito Puente, Oscar Petersen, Kronos String Quartet and maestro Leonard Bernstein use these master movement and breath techniques. Be prepared to model, imitate, conduct, jam, scat, move and groove as you recreate the music and bring it to life.
Bring instruments.

Born in Melbourne, Fintan completed further study in Cologne with Helfried Fister, Christoph Poppen and the Amadeus quartet. He completed his Masters degree with Robert Gerle in Washington, D.C. Fintan

Fintan directs the Melbourne String Ensemble, a youth orchestra specializing in small ensemble repertoire and chamber music for strings. He has worked as a guest conductor for many youth orchestras including: the Conservatorio de Musica de Manresa, the Escola Superior de Música de Lisboa and Junges Kammerorchester Stuttgart.

Fintan is a leader in the development of teacher training and instrument specific pedagogy both inside and outside the university system. Since 1994 he has developed and taught string pedagogy courses to undergraduate and graduate students at the University of Melbourne, Monash University and currently at the Sydney Conservatorium of Music. He has supervised numerous post-graduate doctoral and masters students and presented over 350 seminars, summer schools workshops and conference presentations throughout Australia, the Asia-Pacific, Europe and the North America.

Fintan believes that students need to actively engage in the lesson if they are to make continual long term progress. His teaching practice leads students to ask questions so that they can learn how to teach themselves. It is important that they develop an understanding how the principles of playing relate to their own stage of development, to their own physique and their own motivations and goals.

The results of Fintan’s research are presented on the Violin Bow Technique website, on DVD and in text. His work with Skype as a teaching tool and experience giving masterclasses and seminars including in relatively remote parts of Australia and the Asia-Pacific, led to the publishing of 20 CD and DVD recordings. These recordings include Violin Bow Technique, Violin Left Hand, the Violin Alive series, Bridges, and The Soul of the Viola and have received glowing review in journals such the Strad and the American string teacher.

Fintan sees the importance of working with disciplines such as psychology, drama as well as sports training in order to develop rounded musicians who have healthy and satisfying careers. His collaborations with psychologists, health scientists, body use professionals have led him to publish peer reviewed articles in the journals such as the British, the Australian and the International Journals of Music Education. Fintan has edited eight books of graded violin repertoire for the Australian Music Examinations Board (series 7) and he has won many competitive grants including an Australian Research Council linkage grant.

Fintan is the joint editor of the string journal String Praxis and is the Chair of the Specialist Examining Panel for Strings for the Australian Music Examination Board. Fintan currently teaches violin and string pedagogy at the Victorian College of the Arts Secondary School and the Sydney Conservatorium of Music.

10:30am:  A talk on wellbeing for music teachers and their students by Dr.John Kasinathan, child and young adult psychologist. 11:30am : AUSTA NSW's Annual General Meeting To Register: https://www.trybooking.com/BIADP  Dr John Kasinathan

10:30am:  A talk on wellbeing for music teachers and their students by Dr.John Kasinathan, child and young adult psychologist.
11:30am : AUSTA NSW’s Annual General Meeting 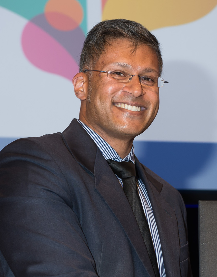 Dr Kasinathan is a Conjoint Lecturer with the School of Psychiatry, Faculty of Medicine, UNSW; lecturing medical students and postgraduate Master’s students. He is a Visiting Fellow with the Centre for Mental Health Research, Australian National University (ANU). Dr Kasinathan is experienced in providing psychiatric reports and expert opinions to the Children’s Court, Family Court, Local Court, District Court, Supreme Court and Mental Health Tribunal in the ACT and NSW. He is a WorkCover NSW and Motor Accident Authority Trained Assessor of Permanent Impairment.

Dr Kasinathan has presented at local and international conferences on topics relating to forensic psychiatry and mental disorders in adolescents and adults. He has completed formal courses on assessing violence risk, risk assessment in mentally ill persons, evaluating psychopathy and aggression management. His research interests include the prediction of imminent aggression in young offenders with a mental illness and screening for self-harm in prisoners. Dr Kasinathan holds full unconditional medical practitioner and specialist registration with the Medical Board in all States and Territories of Australia.

The Austa NSW Repertoire day will be held on Sunday

The Austa NSW Repertoire day will be held on Sunday

Come and see Associate Professor Ole Bohn give a violin masterclass at the Sydney Conservatorium of Music. Four students will present their prepared works over two hours.

Come and see Associate Professor Ole Bohn give a violin masterclass at the Sydney Conservatorium of Music. Four students will present their prepared works over two hours.