Cello technique from the 19th Century to today

Session: Most of the studies and methods that we all use for teaching originate in the 19th century: Piatti, Servais, Grützmacher, Popper, Franchomme, Kummer and their students Hugo Becker, Julius Klengel, Arnold Földesy and countless others.  But what do we know about these cellists — who was studying with whom? What was different in their approach to technique, sound making and teaching?  The story of cello playing in the 19th century is fascinating and not yet fully understood. With a limited but relevant choice of recordings from performers who were educated by leading 19th-century artists, it seems logical to examine these recordings, as well as relevant publications, letters, and articles. These are key elements to explore when improving our understanding of 19th-century playing tradition. Please bring instruments! 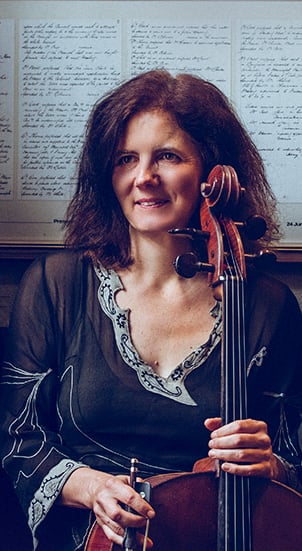 Edith Salzmann is a German/NZ cellist with an extensive career as a soloist, chamber musician and teacher. At 14 years of age she was accepted into the well known Music Academy in Detmold, Germany where she studied while finishing school. She then went on to study with Janos Starker at Indiana University, Bloomington.

As a chamber musician and soloist, she has performed in major European concert halls, such the Berlin Philharmonie, the Alte Oper Frankfurt, Cologne Philharmonie, Gasteig Munich, the Barbican London, and the Tonhalle, Zuerich with, amongst others, Heinz Holliger, Christoph Poppen, Eduard Brunner, Gustav Rivinius, Menahem Pressler, Nobuko Imai, Erick Friedman, Luba Edlina, Clio Gould, Hansjoerg Schellenberger, Michael Endres and others. Her discography includes releases on Naxos, Stradivarius, EMI Germany, Atoll, and Rattle records. Edith is a highly successful teacher, with many of her former students now having careers in professional orchestras or as chamber musicians.